A friend made a video for a Nike run video contest and I think it is rather good. Click to Janeth's blog where she has posted the click to the video. If you like it I am sure Janeth would love your vote.
Posted by denalifc at 9:52 PM No comments: 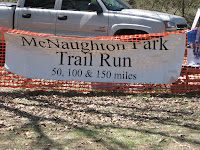 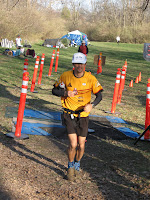 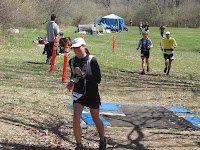 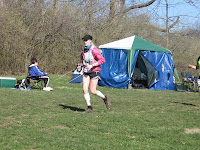 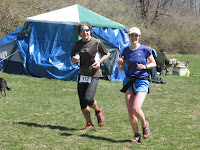 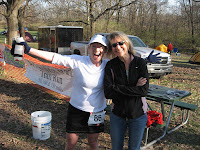 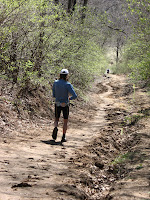 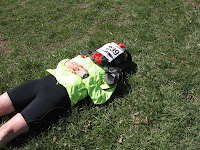 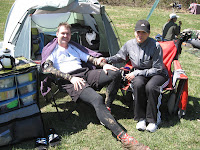 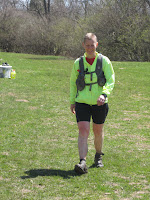 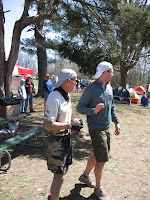 Today was held the first official Chicago Ultra Runners group run. I say first because a few of them went on a group Inaugural run for a photo shoot for Windy City Sports (see April issue) last month. http://www.chicagoultrarunners.com/
Brian Gaines put out a suggestion to run at Deer Grove, http://www.fpdcc.com/tier3.php?content_id=68&file=map_68c in Palatine. Great suggestion Brian.
I've ran at Deer Grove only twice before. Once when I picked it as a new park to explore and run and in 2007 I ran the Xterra Trail 12k finishing last!! http://denalifc.blogspot.com/2007/08/xterra-xtreme-12k-deer-grove-palatine.html
Seven of us sowed up to run, the Magnificent Seven - Torey, Sarah, Kelly, Sean, Ben, Brian and myself. I would also run into Juli half way around my one loop. Photo by Kelly 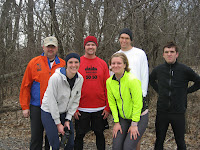 When I left Naperville for the 50 minute drive north it was raining. Last time I ran Deer Grove for the Xterra race it poured with rain on the drive up. Was this a sign? The drive was fine not much traffic at that time of day. Pulled into the car park and Kelly, Brian, Torey and Sean where already there getting ready to run and talking. Introds were made. Sarah and Ben then pulled in and so we was already to go. Brian and I had a cheery debate on which way to run onto the yellow trail, left or right, but i think Torey just decided and headed towards the right or clockwise. I knew I'd be slow and running way behind these guys. Kelly kindly ran with me for around a mile then went ahead. I caught up with them soon after thanks to a bathroom break but all soon pulled ahead. There was a number of trees down on the trial and some minor mud section. Of course heading down the trail along Dundee Rd was a mud bath with some mud shoe sucking sections but like a good trail runner I plowed through them and on. I had forgotten how hilly this trail is. Illinois is not known for hills but if you seek them out they are there.
About half way around I ran into my friend Juli coming from the other way. Juli told me she had ran the Chicago Lakefront 50k www.chicagoultra.org the day before and was out the "shake out her legs" - I'd have been sleeping not running. After a few minutes of chat Juli decided to run with me back to her car that was actually just one car park away from where the group runners were parked. This was great and got me back into a good groove and helped me run and not hike. I kept my run to 5 mins hike 2 mins plan although did start running again before the 2 mins was up. About a mile from the car parks Juli and I meet the group (sans Kelly) running the loop again but in the other directions - guess Brian won that debate!!! Juli was introduced to those that didn't know her - I think Juli will be out running with us again :-) All too soon Juli was back near her car and I finished up the last half mile. Kelly was at her car so we chatted until the others got back and then the above photo was taken. Next time Kelly will HAVE to be included.
This run did me a world of good and hopefully will jump start my training that was very lacking over this winter. Most my running race plans are not happening now due to that so I'll be replanning. I think (Xterra) Trail 12k at Deer Grove might be in the plans now before HOBO in September.
Thanks to Torey, Sarah, Kelly, Juli, Ben, Sean and Brian for being out there today. It was great fun and i can't wait to run with the group again. I'll see some of you at McNaughton next weekend.
Cheers, Ian
Posted by denalifc at 7:58 PM 1 comment: